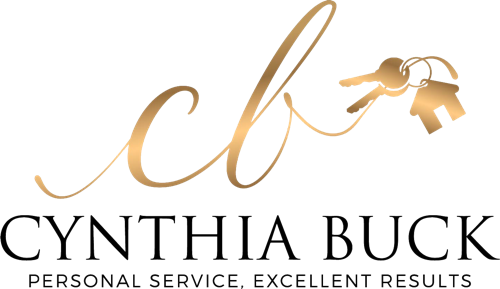 Cynthia Buck is a life-long Burleson area resident. She graduated from Burleson High School in 1998, and then earned her Bachelor’s Degree from Texas Christian University. Cynthia first learned the value and importance of marketing, serving others, and negotiation while working at Schlumberger-Dowell and Superior Coils, Inc. She has taken the valuable lessons she has learned and implemented them into her real estate career.

After buying and selling property in Burleson, Cynthia became interested in the local real estate market. She saw the need for sharp marketing and excellent customer service in the field. Cynthia pursued her real estate license, joined Keller Williams Realty, and began selling homes in 2006.

Cynthia decided to join Keller Williams Realty for several reasons: the value system of the company, the training and resources it provides to their agents, and she wanted to be affiliated with the most respected, nationally recognized firm in the United States. Since joining Keller Williams, Cynthia has earned numerous awards and recognition for her success. She was “Rookie of The Year” and was awarded the Keller Williams National Bronze Award. Since starting her Real Estate career in 2006, Cynthia has also consistently earned local and regional Keller Williams awards for top sales production. She currently holds the #1 position for units sold & sales production in her office & the #3 spot for units sold in the Keller Williams Realty North Texas, New Mexico & Memphis Regions.

Today, Cynthia’s life exemplifies the Keller Williams core values of service, people, leadership, self-improvement, competence, performance, creativity, and a dedication to a great reputation. She is making it her mission to raise the bar of excellence.

Cynthia is married to her childhood friend, Nathan Buck. They have been married since 2000. Nathan was Vice President of Sammy Buck Construction, a locally owned commercial and residential construction company before earning his Real Estate license in 2010. He began working with Cynthia to help make Buyers & Sellers have smooth transactions. Together, Cynthia and Nathan have a young daughter and a giant Labradoodle. Despite their busy professional schedules, they make a point to spend time with both of their “kids”. Also, Cynthia and Nathan donate their time and funding to their church, Calvary in Fort Worth, and the local Meals on Wheels program.

Whether it's buying your first home or your next investment property, Cythia Buck can help you achieve your real estate goals.

“All information provided is deemed reliable but is not guaranteed and should be independently verified. The information on this page may not be reproduced, may not be redistributed, and is provided exclusively for consumers’ personal, non-commercial use and may not be used for any purpose other than to identify prospective properties that consumers may be interested in purchasing.